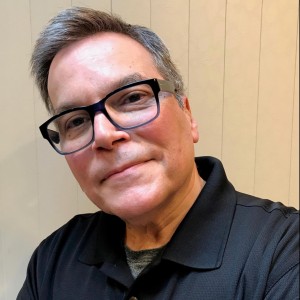 If you have decided on the GMAT for your business school admissions journey, and you’ve put the GMAT vs. GRE issues aside, then you’d better get used to the GMAT sentence correction question, which comprises about 35 to 40% of the questions on the GMAT Verbal Section. They appear a bit more frequently than the other two verbal question types, critical reasoning and reading comprehension.

GMAT Sentence Corrections: How Do They Work?

It’s easy to describe the sentence corrections as a test of English grammar. But there are numerous grammatical topics that the GMAT does not cover. The sentence correction question should be viewed more as a measure of your ability to recognize clear, effective, and concise expression of the English language. There is no need to learn dozens of grammatical do’s and don’ts. Many students are instinctively capable of recognizing awkward or redundant expressions of ideas and are thus already well suited to doing well.

Here is a fairly representative example that your online GMAT Prep will help you to decipher!

Facebook and Twitter have been instilled in the popular imagination as entities too important that neither overexposure nor hearty competition will diminish its impact.

The first clues we get to identifying what’s correct and what isn’t come through recognizing what is visibly different among the answer choices. Choices A, B, and C start with “too important” or with “important enough,” while D and E start with “so important that”. Also, with careful scrutiny, you’ll discover that the last word of each answer choice is either “its” or “their”, thus a pronoun issue. With astute GMAT online preparation, you’ll recognize that correct English usage dictates the expression “so important that…” As in, “I was so hungry that I could eat a horse!” Thus, we would eliminate choices A, B, and C. Secondly, you will come to recognize that the noun “entities” in the sentence warrants the plural possessive pronoun “their”. Thus, eliminate Choice D, and the correct answer is Choice E. There are usually 2 – 3 errors displayed in each sentence correction question.

As with the above example this should be for first task to help you identify the specific error types. From there you should be on the lookout for the common GMAT error categories, as below.

Be on the lookout for Subject/Verb agreement

This could be especially tricky is the subject and the verb are separated by clauses and modifiers, as below.

“This same pattern that has been unearthed at numerous archeological sites have been identified as Indo-European in nature.”

Should be: “pattern…has been identified…”

Be on the lookout for faulty parallelism

“The voter turnout in Chicago, unlike New York, was not nearly as robust.”

Should be: “voter turnout in Chicago, unlike that of New York…” You can’t compare “turnout” to a city!

“His favorite activities outside of work are watching old black and white films, taking long walks in the park, and good old-fashioned home cooked dinners.”

Should be: “watching…, taking…, and preparing…dinners.”

Be wary of faulty pronoun agreement

As in our original example above, especially if the pronoun is widely separated from its antecedent.

“Each of the men, fully aware of the enormity of the crime, signed their names to the confession.”

Should be: “Each of the men…signed his name…” The word “each” indicates they are considered one at a time.

Watch for dangling and misplaced modifiers

“Driving to the office, a huge cement truck cut in front of me!”

“The seemingly pretentious woman was walking her French poodle in pink high heels.”

Who was wearing the high heels? The poodle? Should be: “…woman in pink high heels was walking her French poodle.” Modifying phrases have to be right next to their subject.

Idioms are expressions or grammatical constructs that are unique to the language and usually difficult to translate. They often involve the use of a certain preposition.

We are capable of doing. But we are able to do.

Something is different from another thing. Not different than.

Just as…so => “Just as Kevin dominated his weight class, so too did his brother James.”

Not only…but also => “Winona painted the not only the basement, but also the entire house.”

Keep a running list of idioms as the come up in your online GMAT prep.

In our 35+ years of tutoring, we’ve found that a strategy-first approach works best. The GMAT is no exception. While our Premier Prep GMAT tutoring programs do teach content, we focus mostly on testing strategies. Your tutor will help you figure out which verbal topics (including sentence corrections) and question types need the most work, then teach you ways to overcome those questions. This is a very learnable test, so all it takes is some time and determination! If you haven’t started working with us yet, browse our tutors and get started today!

PrevPreviousACT Testing Accommodations: An Intro
NextThe Executive Assessment vs. the GMAT – What is the EA?Next