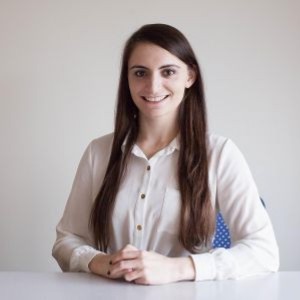 The SSAT and ISEE: Which Test is Right for Me?

Though the SSAT and ISEE are similar in many ways, they also have some major differences. This makes the decision about which test to prep for an important one, so we want to give you a few things to keep in mind while you’re making your choice.

The first thing to consider when deciding which test is best for you is which test(s) the schools that you’re applying to will accept. Previously, boarding schools tended to prefer the SSAT, while day schools typically preferred the ISEE; in recent years, however, the two tests have become more interchangeable. Just like with any other admissions-related question, the best way to get information about a specific school’s testing policy is by calling or emailing the admissions department of that school.

If all the schools you’re applying to accept either test and you therefore have free reign over which test to take, here are the differences you should consider:

1. The SSAT has a wrong-answer penalty, while the ISEE does not.

On the SSAT, students must consider whether they should guess on a question or omit it, as each wrong answer will lose them a quarter of a point while each omitted answer will not cost any points. On the ISEE, you cannot lose points, so it is to your advantage to guess on every single question.

If the added complexity of figuring out when to omit questions makes the test more stressful for you, or if you’re a student who guesses too much or too little, the ISEE may be a better fit for you.

If you do best through repetition and want the option of being able to re-test (almost) as many times as you’d like, the SSAT may be a better fit for you.

You’ll have to complete a series of synonym questions no matter which test you take. However, the difference between analogy and sentence completion questions sets the two Verbal sections apart. Though both sections can be improved through use of strategy and context clues, you may find one type of question more challenging than the other. Since analogies are a more unusual question type and are typically populated with more difficult vocabulary words, they can often be more challenging for students. If that’s the case for you, the ISEE may be a better fit.

4. The SSAT has two Quantitative sections, but you only get one score for the two. The ISEE has two distinct math sections, Quantitative Reasoning and Mathematics Achievement, and each gets a separate score.

Though the content on the SSAT and ISEE math sections is fairly similar, math makes up a larger proportion of the section scores on the ISEE than on the SSAT: 1/2 compared to 1/3. If you’re a particularly strong math student, it may be easier for you to get an initial score boost on the ISEE because of that difference in score distribution.

5. The Middle and Upper Levels of the ISEE contain Quantitative Comparison questions as part of their Quantitative Reasoning section; the SSAT doesn’t.

The content tested on Quantitative Comparisons does not differ from the standard multiple-choice questions (and the answers are input in the same way, too). However, the QC format is often new and challenging for students, so it will likely take some practice for you to get comfortable attacking these questions.

If you have any specific questions about the differences between the two tests, or if you would like to talk through which test is best for you,  you know where to find us!

This site uses functional cookies and external scripts to improve your experience.

This site uses functional cookies and external scripts to improve your experience. Which cookies and scripts are used and how they impact your visit is specified on the left. You may change your settings at any time. Your choices will not impact your visit. For our complete privacy policy, see Privacy Policy

NOTE: These settings will only apply to the browser and device you are currently using.