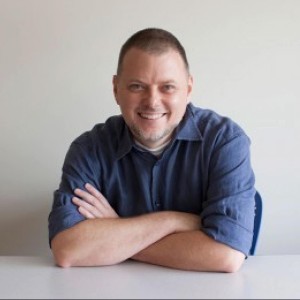 For many families, the independent, private, and boarding school admissions process can be intimidating. Not only does each individual school have its own set of admissions policies and procedures, but many include a requirement to submit standardized test scores, too. This often puts parents in the unfortunate position of having to tackle the standardized test prep process for the first time in an unfamiliar context. Most schools require the completion of one or the other of the Independent School Entrance Exam (ISEE) and the Secondary School Admissions Exam (SSAT), but some accept scores from either test, so it is important that you check with each school to which you are considering applying as you begin this process. There are three key features common to both tests that are essential to understand as you begin the SSAT and ISEE test prep and application processes.

Three Key Features Of The SSAT and ISEE

First, both tests are designed by the test-writers to make students feel uncomfortable while taking them. Although most of the concepts tested will be familiar to most students, the format in which those concepts appear will almost certainly be new to them, making the structure of the test one of its most predictable challenges. This predictability, however, is what makes these tests so amenable to preparation: with proper instruction and practice, students can learn to see through the test-writers’ misdirections to successfully answer questions that they would otherwise get wrong.

Second, although the scores on both tests are presented in different formats on each test’s score report, the methods used to calculate those scores are essentially the same. Rather than compare test-takers against an objective set of standards, students are instead compared against one another, with the score reports showing a set of percentiles or stanines that rank applicants against one another. These are methods of calculation used by all standardized-test makers, and for most of the nationally prominent tests, these methods usually result in scores roughly correlated to students’ success in school. But because the SSAT and ISEE are designed to serve the schools that aim to attract the small subset of students who are among the best in the nation, this subjective method of comparison usually results in scores well below what parents anticipate as they begin this process. This gap between expectations and reality can often be closed with time and effort, but this once again illustrates the need for a preparation plan as part of the application process.

Third, both tests allow students to test multiple times, and it is generally to your child’s advantage to test more than once. Part of beating any test is giving yourself as many opportunities as necessary to succeed, and taking the test multiple times can be a great way to maximize chances for improvement. For the SSAT, the process of testing multiple times is fairly straightforward, as the test is administered on a set schedule eight times each year. The ISEE, however, is scheduled using administered using a testing seasons calendar that divides the year into three 4-month periods, with students limited to one test date per period for a maximum of three tests per calendar year. Planning a testing calendar well in advance of application deadlines therefore becomes an essential part of any preparation process.

An Overview Of The SSAT, ISEE, and Test Prep

The Independent School Entrance Exam is used for admission to private elementary and secondary schools throughout the United States. There are four levels of the test – Primary, Lower, Middle, and Upper – each used in the admissions processes for students of different grade levels. Each level of the test is taken by students representing a range of ages, with the Middle Level test taken by students applying into grades seven and eight being the most common. For more, see our complete breakdown of the ISEE, including details on test format, scoring, registration, test dates, and our approach to preparing for this test.

The Secondary School Admissions Test is used for admission to private elementary, middle, and high schools throughout the United States. There are three levels of the test – Elementary, Middle, and Upper – each corresponding to one of the aforementioned three admissions processes. Each level of the test is taken by students across a range of ages, with the most common being the Upper Level taken by students applying into grades 9-12. For more, see our complete breakdown of the SSAT, including details on test format, scoring, registration, test dates, and our approach to preparing for this test.

Get Started with SSAT and ISEE Test Prep Today

Ready to get started with SSAT or ISEE test prep? Have questions about the private school admissions or test prep process and want to discuss the optimal prep plan for you? Set up a phone consultation with one of our Program Coordinators today! During that call, we’ll learn about your timeline, budget, and personal testing strengths & weaknesses, then help you craft a plan of attack that considers all of your individual preferences and constraints. Every recommendation we make is aimed at getting you the highest possible score in the smallest amount of time.

Taken by students currently in grades 8 through 11, the Upper Level SSAT and ISEE tests a wide range of content and can therefore be quite difficult to prepare for. Fortunately, we know some people who can help!
Learn More

The Middle Level test is taken by students currently in grades 5-7, all of whom would rather be doing almost anything else. Don't worry, though – our tutors will make the prep process as engaging and stress-free as possible.
Learn More

The Elementary Level SSAT is taken by students currently in grades 3-4 and for many represents their first standardized test experience. It's a good thing our tutors have years of practice working with younger students.
Learn More

Why TI’s System Works Better with a Tutor